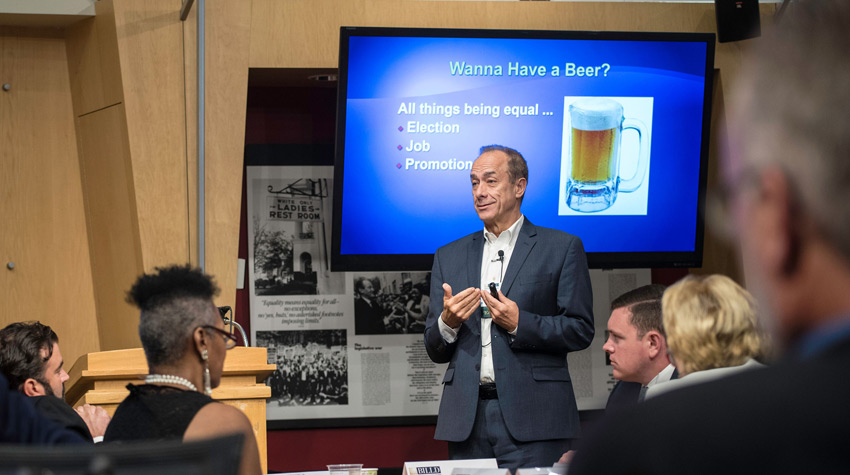 Whether you are a leader, manager, salesperson, teacher or even elected official … your communication skills can be improved.  Working with Bill, people on every level, and in every field, have found powerful ways to be their most likable selves while telling stories that improve their engagement.

Bill spent over a decade directing and producing at Olney Theatre in Olney, MD. There, he told stories to theatre audiences, as well as before planning boards, county councils, and the state legislature. He saw that people bought tickets and “bought in” when they heard a compelling story.

As Director of Creative Affairs for Procter & Gamble Productions (producers of the longest running soap operas: Guiding Light, As the World Turns, and Another World), Bill created teams, developed writers, and helped producers make the complicated soap opera stories simple and memorable. He developed head-writers and the writing teams that won Emmy Awards for Best Writing 5 of the last 7 years he was at P&G. While at P&G, he began his next career as a speaker and trainer, including collaborating with Arch Lustberg, one of the great gurus of communications and likability.

Bill serves on the faculty of the U.S. Chamber of Commerce Foundation’s Institute for Organization Management and the Council of State Government’s legislative leadership programs.  He has served on the faculties of New York University’s Tisch School for Hospitality, Tourism and Sports Management, and Seton Hall University’s Leadership Communication program.

He continues to live happily-ever-after with his wife and daughters in Montclair, NJ.