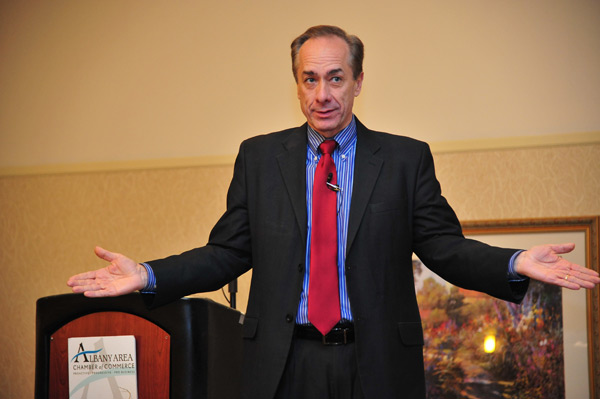 Fifty years ago, there was a popular business book titled, The Peter Principle.

The basic premise of The Peter Principle:

Talented people get promoted.  They will keep getting promoted until they reach a position where they prove to be incompetent.  There they will stay. They could never be considered for another promotion because they’re incompetent.  So, they will just have to retire in the job they can’t do.

This concept could work across all departments to create a systemic dysfunction.  Based on real research by Laurence J. Peter and Raymond Hull, the concept may sound funny, because the book was written tongue-in-cheek.  People read the book and recognized their company. It turned out; The Peter Principle was a common reality.  That was the American business world.

The Peter Principle is still alive for some, but now most companies and organizations are smarter.  They approach promotions with concern beyond seniority or success in a different area.  Today, promotions will often match a job’s required core competencies with a candidate’s resume, education and even their personality traits.  Though there is some crossover, most managers get hired to manage, and salespeople get hired to sell.

When concerns arise, there are often support systems that can guide, train and coach.  When competency is questioned, it can be addressed in a fair, methodical process. Great, right?

So, if not incompetency, what can get a person stuck in the same job for life?

A person can get mad.  Or even, just look mad.

On the assembly lines of the past, a person’s job was usually mechanical (Google: secretarial pool).  People were the cogs in a wheel that moved the product down the line.  If the boss got mad, yelled, called people names, it wasn’t personal, it was professional.  Move fast, do it right, do it again. It was mechanical. A paycheck was the reward for doing a good job.

Fifty years ago, leaders were expected to be driven, strong and tough.  It was generally acceptable for bosses to “read them the riot act”, “set them straight.”  Anger was an occasional, but necessary evil for leadership: “The boss is not afraid to kick some butt.”

In today’s competitive, ever-changing, business world … managers, supervisors and team leaders are charged with motivating the required human capital.  If they have people on their team, it’s probably because they can’t be replaced by a machine.

The boss must get their teams to rise to their challenges, be creative and imaginative … and successful.  Being a positive, supportive and stable leader is a requirement for achieving the desired results.

So where is this going?

The Pissed-off Principle is today’s Peter Principle.  There is no scientific research — it comes from years of personal observation.  As you have moved from office to office, or business to business, you have likely seen it too.

“Eric, a sales manager, is carrying the load of a position not filled.  He has put in crazy hours. Exhausted and frustrated, another assignment is added to his plate, and he gets pissed off.  He speaks sharply. He looks pissed-off. He’s impatient with his team. It gets back to his boss.”

In 2020, if you get mad, angry or pissed-off at work, it’s a problem.  You may never be considered for a promotion again.  You have proved to be a hothead … a loose cannon … a lawsuit-waiting-to-happen.

Today’s employees are not machinery.  Machines took those jobs. Today’s teams are built though appreciation and collaboration.

Today, getting pissed-off is not okay, and you probably know some people who should be told.

When you get mad at work, you look like you are off your game or are losing your cool.

Getting angry, visibly frustrated, or pissed-off creates a new ceiling.  Your new ceiling is not an HR/Legal conspiracy (though HR/Legal offices are always concerned). Think about it.  What happens If you get pissed-off at work?

People have a new understanding about you.  They know that when you feel …

The new understanding: they know you are weaker.  You have reached your level of emotional incompetence.  You can’t be trusted with more, because you can’t handle what you have.

You have created your new career ceiling.  That’s: The Pissed-off Principle.

You can accidently activate The Pissed-off Principle even if you don’t get pissed-off!

Looking mad (when you are: thinking … confused … or worried) can level your career too!

Bill Graham, delivers communication training and speeches.  He is president of Graham Corporate Communications Inc.  For information, bill@grahamcc.com, 917-705-0663 or www.GrahamCC.com.

COMMUNICATION IS A ONE WAY STREET- Is anybody required to listen to you?

Relationships, Likeability, & Getting People to Listen